The Internet is mainly based on request-response communication between client and server and structure into protocols. The best way to test these processes is to try it out in practice. This program offers the opportunity to test the most common protocols, painless, without command line frickeling. The following protocols are supported: HTTP, FTP, SMTP, POP3, IMAP, DNS, WHOIS, Ping, Telnet. 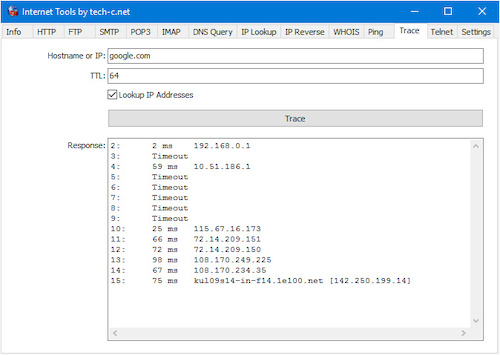 This executable is stand-alone. That means, no installation is necessary. All settings will be saved in a *.cfg-file in the same folder if the folder is writable.