This packet sniffer demonstrates how to capture IP packets under Windows by using RAW sockets. There are several methods to capture IP packets. The advantages of using the RAW socket method is clear. The program doesn't require any additional software or driver and only uses the existing operating system functionality. There are also some disadvantages of this method. 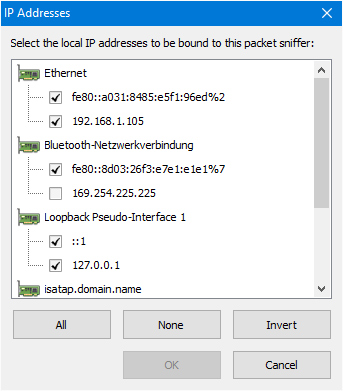 Filter
This program provides a filter function to display only specific packages. 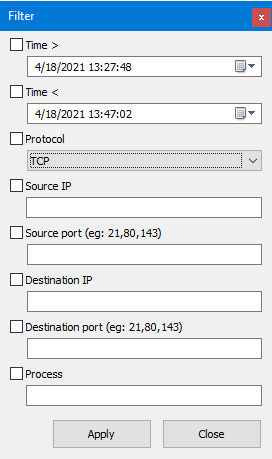 Note
This executable is stand-alone. That means, no installation is necessary. All settings will be saved in a INI-file in the same folder of the executable if the folder is writable. There is also a prompt to create a database for captured packets at the first start of the program. The recording process must also be started manually. Just click "Record" in the main menu and then "Start".