Please note that this article is outdated since the game server is no more reachable!

In 2001 Microsoft released Windows XP. This Windows came along with some built-in games that allowed you to play with opponents over the Internet, also known as the MSN Gaming Zone. The games was: Internet Backgammon, Internet Checkers, Internet Spades, Internet Reversi and my favorite Internet Hearts. 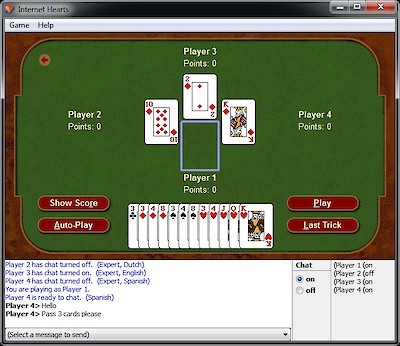 Unfortunately, Internet Hearts was no longer available from Windows Vista. Furthermore, from time to time occurred problems with the program stability of all integrated Internet games in Windows Vista and Windows 7. Strange program crashes with error messages, the cause of which no one could explain. 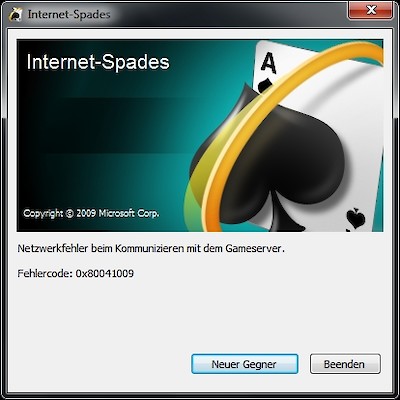 Plagued by these problems, some people have tried to copy the game files from XP to Windows 7. But an error message occurred when starting the game:

The solution is to start one of the copied file (zClientm.exe) with a parameter in a command line. This will register zClientm.exe as a COM server which ist necessary to run this game.

To avoid all these annoying command line frickeling, I have created a setup program which installs all game files and registers the COM server as well. At the moment only program files for English and German included. More languages I'll add maybe later.