Nowadays Android devices are mostly equipped with a 64-bit CPU. 64-bit CPUs support not only 64-bit, but also 32-bit. This gives manufacturers the option to installing a 32-bit instead of a 64-bit operating system on a device with a 64-bit CPU. The difference is not noticeable, but it has a decisive influence on whether applications with 64-bit native libraries can be executed on the device. With this little app you can check if the operating system and CPU are 64-bit.

Example 1
Samsung Galaxy S6 runs with an Exynos 7420 CPU. According to Samsung, the CPU is a 64-bit CPU. 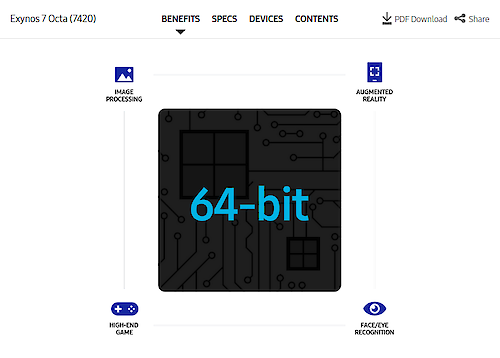 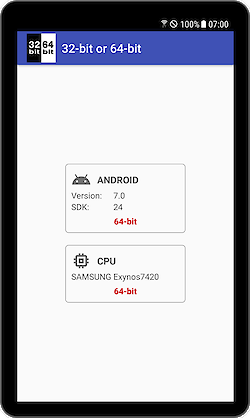 Example 2
Samsung Galaxy A01 has a Snapdragon 439 CPU on board. According to the manufacturer, this CPU is also a 64-bit CPU.

However, the test with the app shows that a 32-bit operating system is installed.