Hotkeys are keys or key combinations that can perform predefined actions. All you need is a tool which can execute actions for hotkeys. This tool offers following actions: 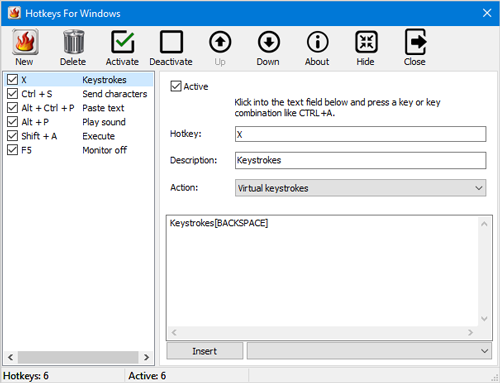 Send characters
This action sends characters to the current foreground window by using Windows Messages. The advantage over virtual keystrokes is that this method also supports Chinese, Korean and Japanese characters. 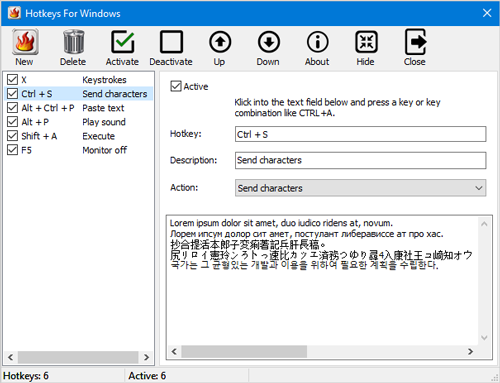 Copy and paste
This action copies and paste the text into the current focused input field. 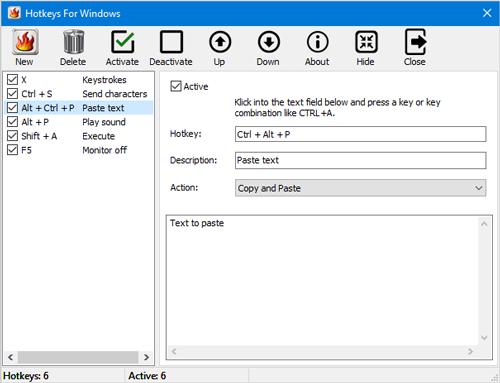 Play sound
This action plays a sound. Only WAV-files are supported. 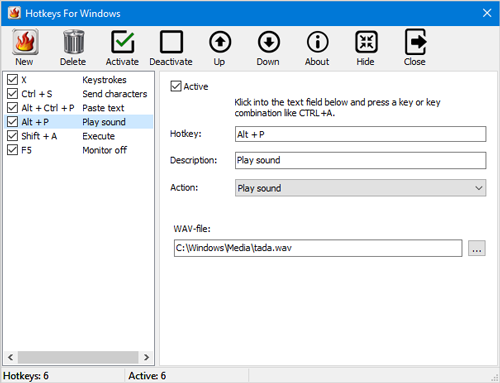 Execute file
This action executes any file. Executable Files (EXE) can be started with parameters. Non-executable files are opened by the associated program. 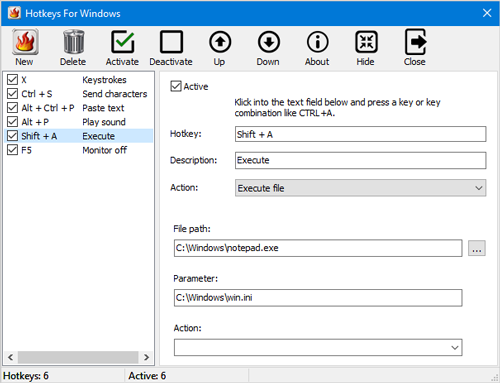 System action
This action performs some useful functions, for example: switch off monitor, shutdown or restart the system, put the system in standby or hibernate mode, lock the session and logoff the user. 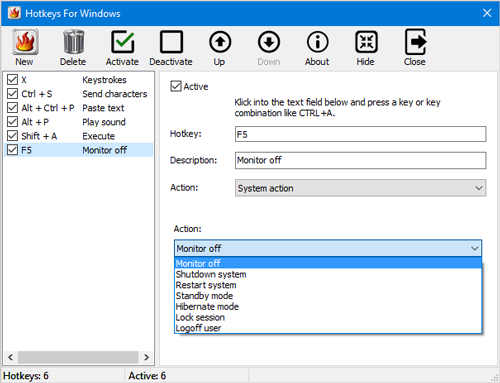 Note
This executable is stand-alone. That means, no installation is necessary. All settings will be saved in a DAT-file in the same folder of the executable if the folder is writable. Please also note that system width Hotkeys such as e.g. Ctrl+Alt+Delete can not be overwritten.